Start a new world triathlon and from AX3 we want to bring you closer to each of the tests that make up the first division of the world triathlon thanks to the analysis of our Olympic triathlete Fernando Alarza:

We started as usual during the last years in Abu Dhabi; but this year the event is special as it has moved to the very speed circuit of Yas Marina, emblematic place of the motor world and this weekend will be the focus of the Triathlon world.

All the test will be developed inside the circuit, thus making a special and very striking tour. 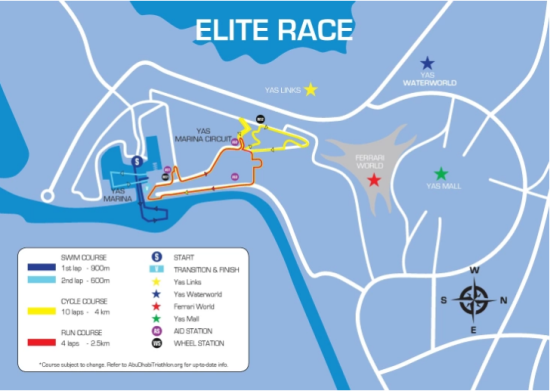 It starts with a pontoon exit to face two swimming laps, a first lap of 900 meters and a second lap, totally different from 600 meters, something that has been done in very few occasions and will make the swimming circuit even more entertaining.

Another characteristic of this swimming is the large number of buoys that are there during the tour, having yellow buoys (that have to turn to the left) and orange buoys (which must be left on the right). In addition the beginning of the triathlon takes place in a place different from where the swimming ends.

After swimming we leave for T1. It is a long transition in which before arriving at our box will have to run enough and here you can lose or win positions and second very precious for the beginning of the bike.

After the transition we faced a technical bike circuit, with lots of starts and some unevenness. They will not go around the F1 circuit but it will be a circuit created by the ITU in which as usual, the gyros and sudden turns are very fashionable.

It is a circuit with very good asphalt, with very fast zones and abrupt braking that will be followed by good starts, so that the legs will gradually accumulate fatigue lap after lap.

Not only is the circuit where cycling is developed, but also the format of laps: 10 laps to a circuit of 4.1kms. In very few occasions we have run on such short bike circuits.

As an anecdote of the bike circuit, we will pass at each turn inside the emblematic tunnel in the Pit Line and joining the Formula One Pit Stop with the track. Tunnel that is well lit and after leaving it we find a good steep of about 300 meters that in the formula one is not noticed but by bike is quite appreciable.

After the bike we are facing a second transition in which we will have to be very well placed behind the bike to face it with guarantees of losing the least possible time. 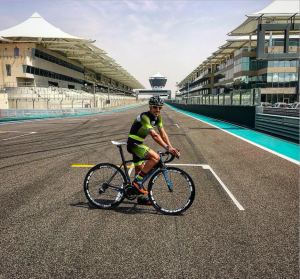 After the second transition the 10kms on foot arrive with 4 laps of 2.5kms and they are developed sharing much of the circuit of bike, including the entrance and exit in the tunnel with the ramp that there is after the exit of this, something that will harden the foot race

To finish the goal, as usual, will be located in the same area as the transitions.

With regard to the climate of Abu Dhabi, at this time of the year it is not too hot; but it will still be a hot test in which hydration before and during the race will play a key role.

Finally, let’s just hope this race goes well and we will enjoy another great year of World Series, this great show and the best triathletes in the World. “ 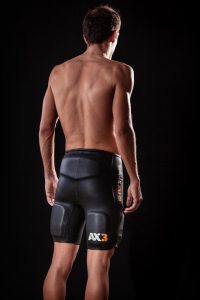 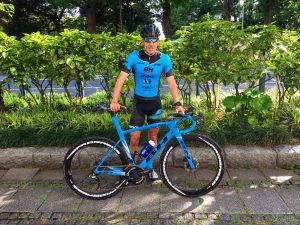 The third round of the World Triathlon Series lands again in Yokohama (Japan), a test that has been on the calendar of the World Series… 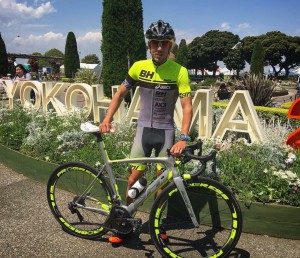 A new stage of the World Series of Triathlon arrives, this time the circuit reaches Gold Coast (Australia). From Australia Fernando Alarza that takes the…